Puerto Rico opens their lead in the second round of the 2019 CGA Four Ball Championships with 43 points.  With a very rainy second day out on the Champion Course at PGA National, the standings for the the Ambrose Gouthro Cup for the Overall Best Performing Country has Jamaica at 40 points, Bahamas (26), Cayman Islands (23), Barbados (20), Trinidad & Tobago (11), Turks & Caicos Islands (11), and US Virgin Islands (10).

Erick Morales and Tommy Smith of Puerto Rico hold on to the top spot in the Ramon Baez Romano Trophy Flight (Men 35+) with the best performance of the day. They shot 5-under par for 67, posting five birdies to end round 2 with an overall score of 137.

“We played a really solid round with a clean score card-- better than yesterday,” says Erick Morales.  “We’re looking forward to going low tomorrow.  This is a team event and we are proud that Puerto Rico is a strong contender to win overall.”

Second in the Ramon Baez Romano Trophy Flight was Neale Jones and Mark Carter of Bahamas with 1-under at 71 for an overall score of 147.  Their team-mates Peter McIntosh and Lynford Miller followed with 149.

The Francis & Steele-Perkins Cup Flight for Men 50+ saw Mark Newnham and Sean Morris of Jamaica remain in the lead with an overall 11-under for 133.  Second-up Jamaicans Rory Jardine and Owen Samuda with 2-under at 142.  Fernando Diaz and Miguel Santin of Puerto Rico follow with 148.

Jamaicans Dorrel Allen and Robert Chin topped the Higgs & Higgs Trophy Flight (men 60+) with 4-over for 148.  Followed by Calixto Colón and Carlos Matos of Puerto Rico with 152 Bahamas Raymond Gibson and Oswald Moore moving into third with 156 points.

The rain really affected the ladies who were the last to tee off and the longest on the course. In the Maria Nunes Trophy Flight (Ladies 35+), Jamaica’s Jodi Munn-Barrow and Alison Reid remain on top of with 169, followed by Puerto Rico’s Rebekah Alfond and Marilina Silen at 174.  Michelle Gabay and Maggie Lyn of Jamaica led the the Dessie Henry Trophy Flight (Ladies 50+) with 165. Amoy Chang Fong and Pauline Raynor of Trinidad and Tobago ended the round with 175.

“It was pretty rainy today and we hope our golfers have better weather on the course tomorrow for the final round,” said CGA President Sidney Wolf. “It’s still pretty close in most categories and should be an exciting finish.” 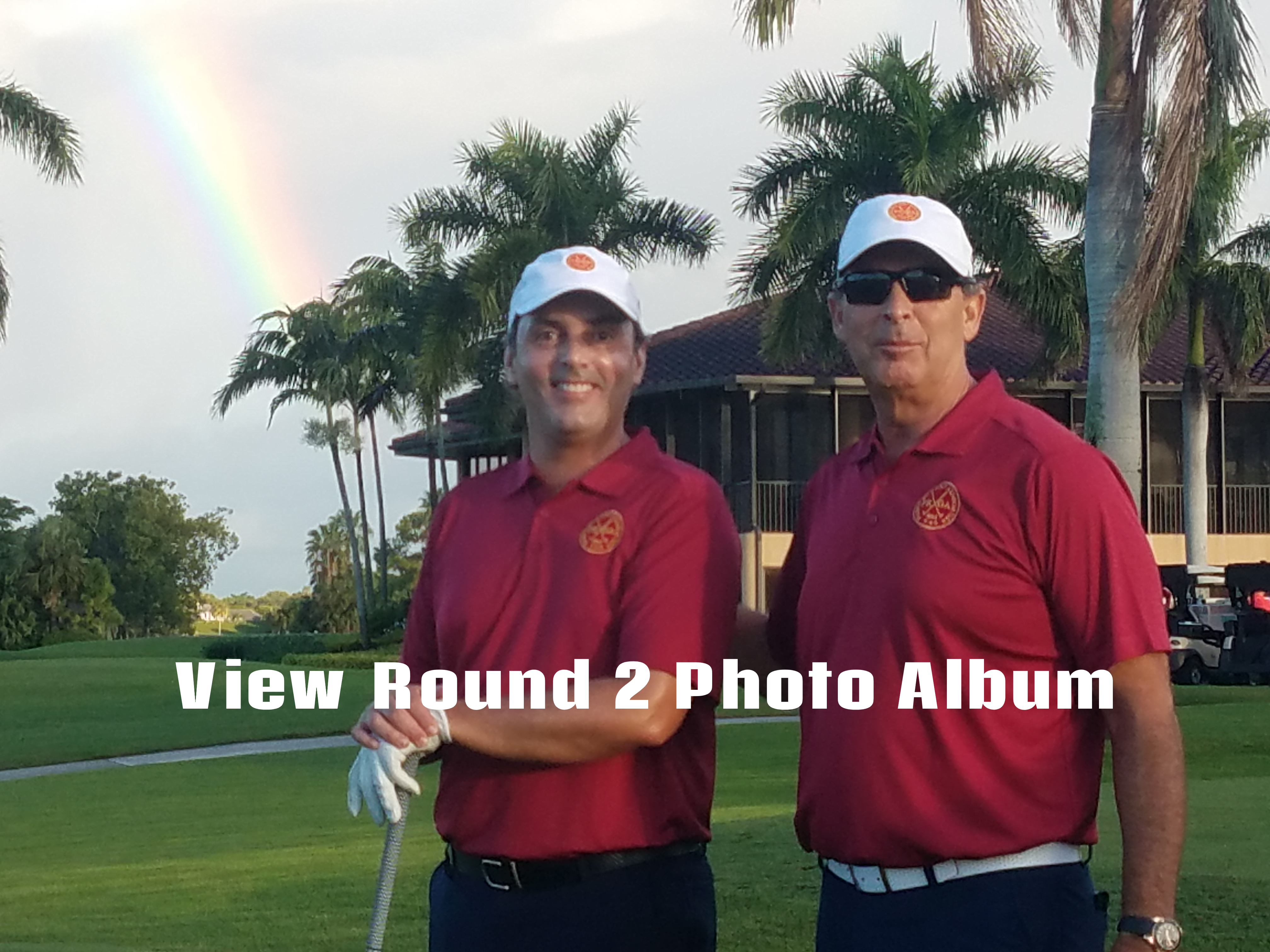